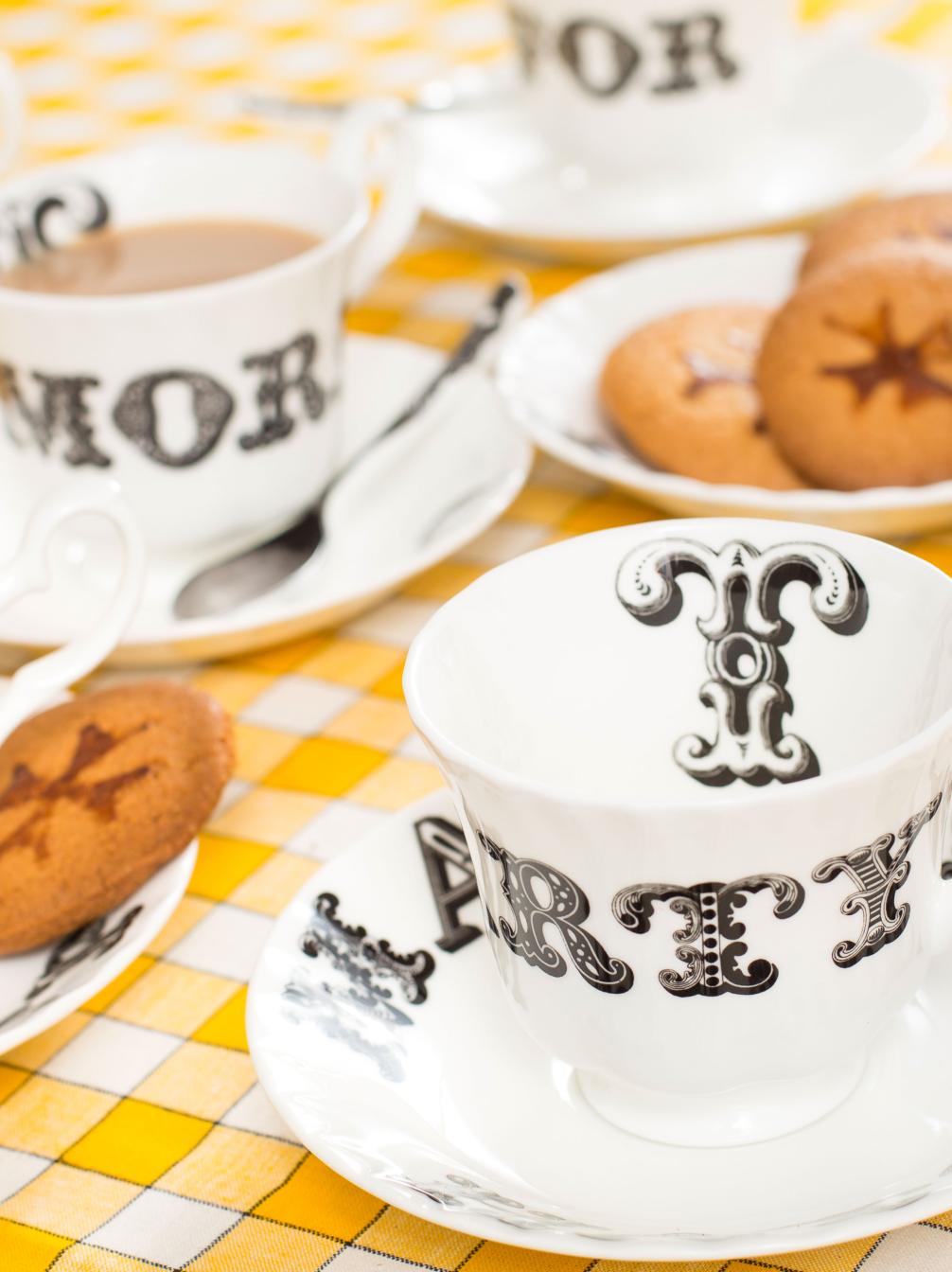 A series of fine bone china cups and saucers, each with an apt and decorative tea related motto.
Pick your favourite and join the tea party!

'...at half past three everything stops for tea!' Sadly not the case any more, but tea is still a very important ritual for us British! Tea consumption increased dramatically in the early 19th century and it was around this time that the tradition of afternoon tea was born. Anna, the Duchess of Bedford, began taking a pot of tea, and a light snack, in her boudoir at Woburn Abbey in the late afternoon to combat 'that sinking feeling.' Soon friends were invited to join her and the idea spread amongst social hostesses. Traditionally upper classes would serve 'low tea' around 4 o'clock and have a later dinner, the middle and lower classes having a more substantial 'high tea' at around 5 or 6 o'clock instead of dinner. Low and High refer to the height of the table at which tea was served.

All The Tea In China 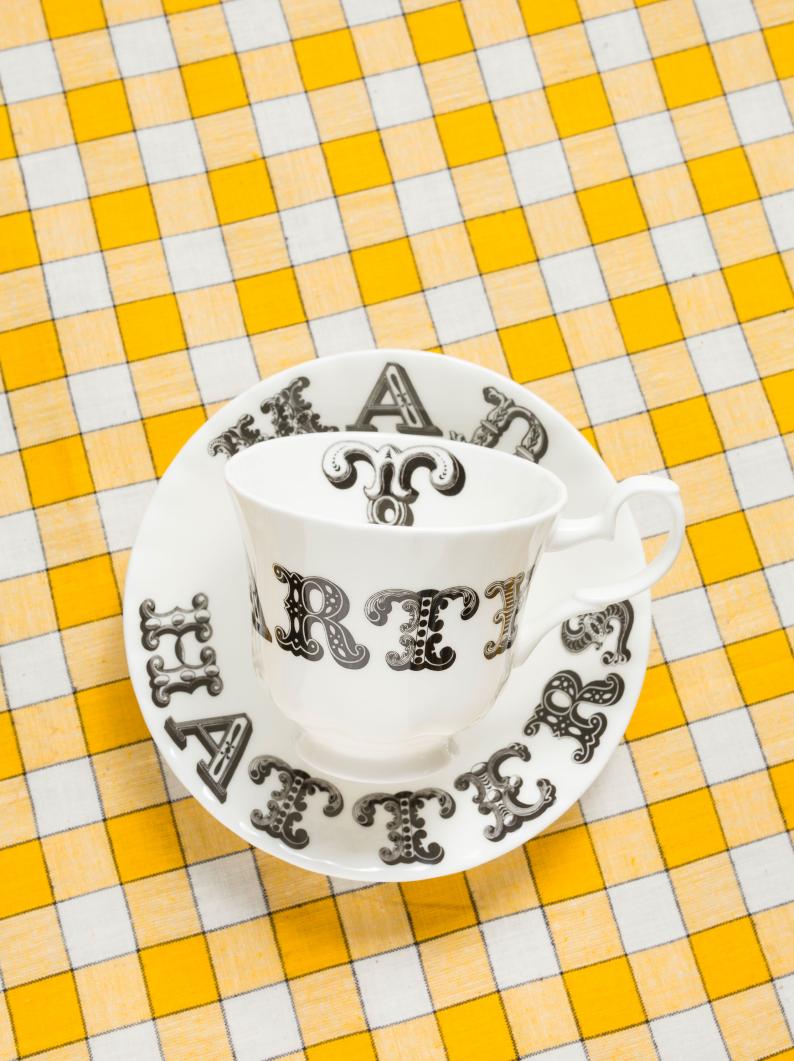